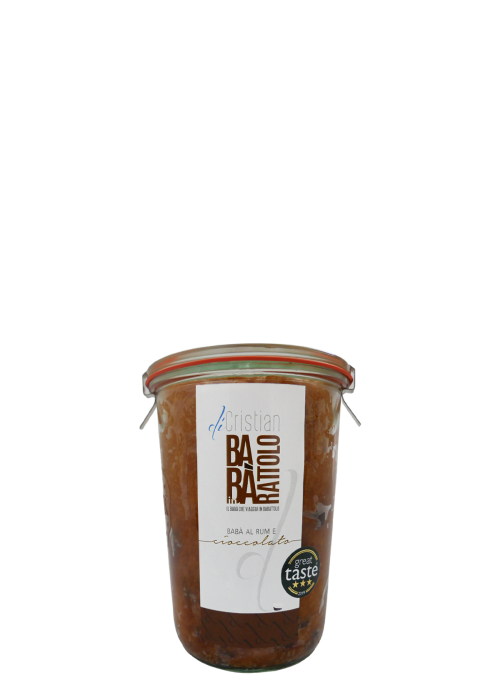 Babà With Rum and Choccolate

The Rum and Cioccolaro Babà is produced by the Pasticceria Agresti of Formia, which has specialized in producing this typical traditional dessert since the 1970s. Its peculiarity is in the pot-cooking technique with which it is produced, which consists in cooking the cake inside the container that contains it, ready for subsequent labeling and sale.

The history of the Agresti family of Formia dates back to the early 1900s, as bakers who stood out from the beginning for the quality of their products. Now after two generations it is Cristian who carries on the tradition of his father Pierino who in the 1970s separated from his brother to open his Pastry Agresti. It is his father Pierino who conveys the passion for Babà and mega Babà, today the spearhead of pastry production.

From this passion for Babà comes the Babà al Rum in a jar made with only the freshest raw materials, eggs, butter and sugars. Free of dyes and preservatives, it is purchased in the jar where it was previously cooked according to the pot-cooking technique. A goodness accompanied by the right amount of creativity that never hurts.

By buying this product you can collect up to 13 loyalty points. Your cart will total 13 points that can be converted into a voucher of 0,13 €.